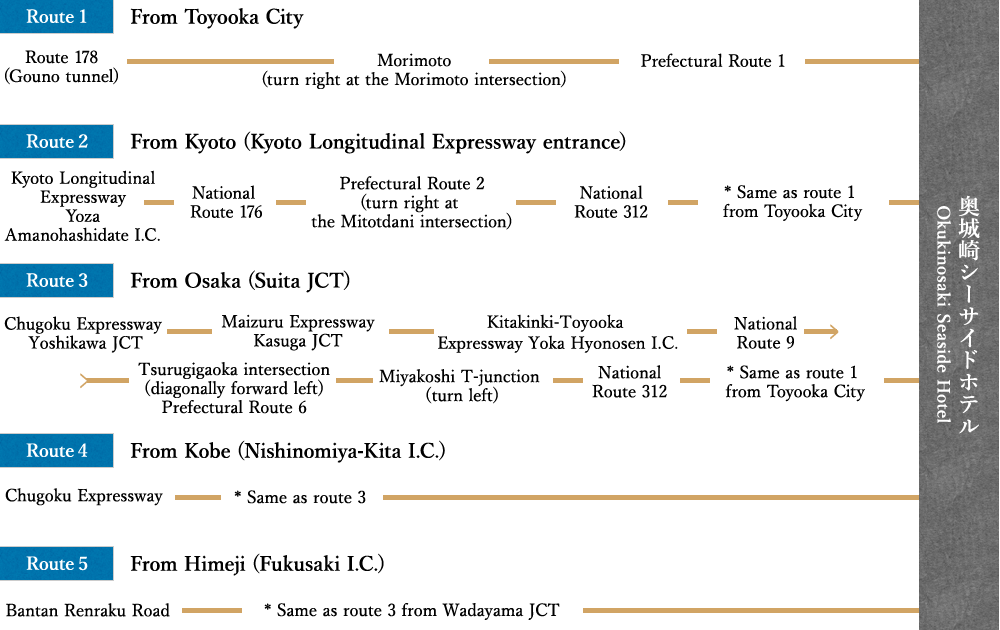 Ichi-no-YuIn a building that replicates the Momoyama-style Kabukiza theater, the Ichi-no-Yu has baths such as the semi-open-air bath in a cave carved into a mountain, as well as a private family bath and the ashi-yu foot bath.

Jizo-YuInside the building, there is a large communal bath as well as a private bath. The Jizo deity, which is said to have emerged from the spring source, is enshrined in front of the entrance.

Gosho-no-YuThe name Gosho-no-Yu derives from a description in the 14th century historical record called Masukagami, which indicated that the older sister of the Emperor Gohorikawa, Ankamonin used to bathe here.

Yanagi-YuYanagi-Yu, where legend has it that the hot spring gushes out from under a willow tree that was transfered from West Lake, a place of scenic beauty in China, has a deeper bathtub and water which is a little hotter than other hot springs.

Kinosaki Bungeikan Heritage MuseumObjects related to the history of Kinosaki Onsen, and Kinosaki straw craft etc. are on display. The computer in the lobby on the first floor is freely available for information gathering.

Onsenji TempleThe special head temple of the Koyasan Shingon sect. Visitors can view the treasures of Onsenji Temple in the museum in the precincts, and Deva King statues at the sanmon gate which is said to have been created by Unkei and Tankei.

Kinosaki Art MuseumItems on display in the museum include Buddha statues and ancient documents preserved by Onsenji Temple in Kinosaki Onsen, as well as articles excavated from ruins and tumuli further down the Maruyama River.

KitamaekanAs well as bathing in the public hot spring bath, there are a range of places where you can eat, play and learn, including restaurants where you can try all sorts of fresh seafood.

OyojikanA history museum that replicates the residence of Sumiyoshiya, a village headman and owner of Kitamae-bune, a cargo vessel.